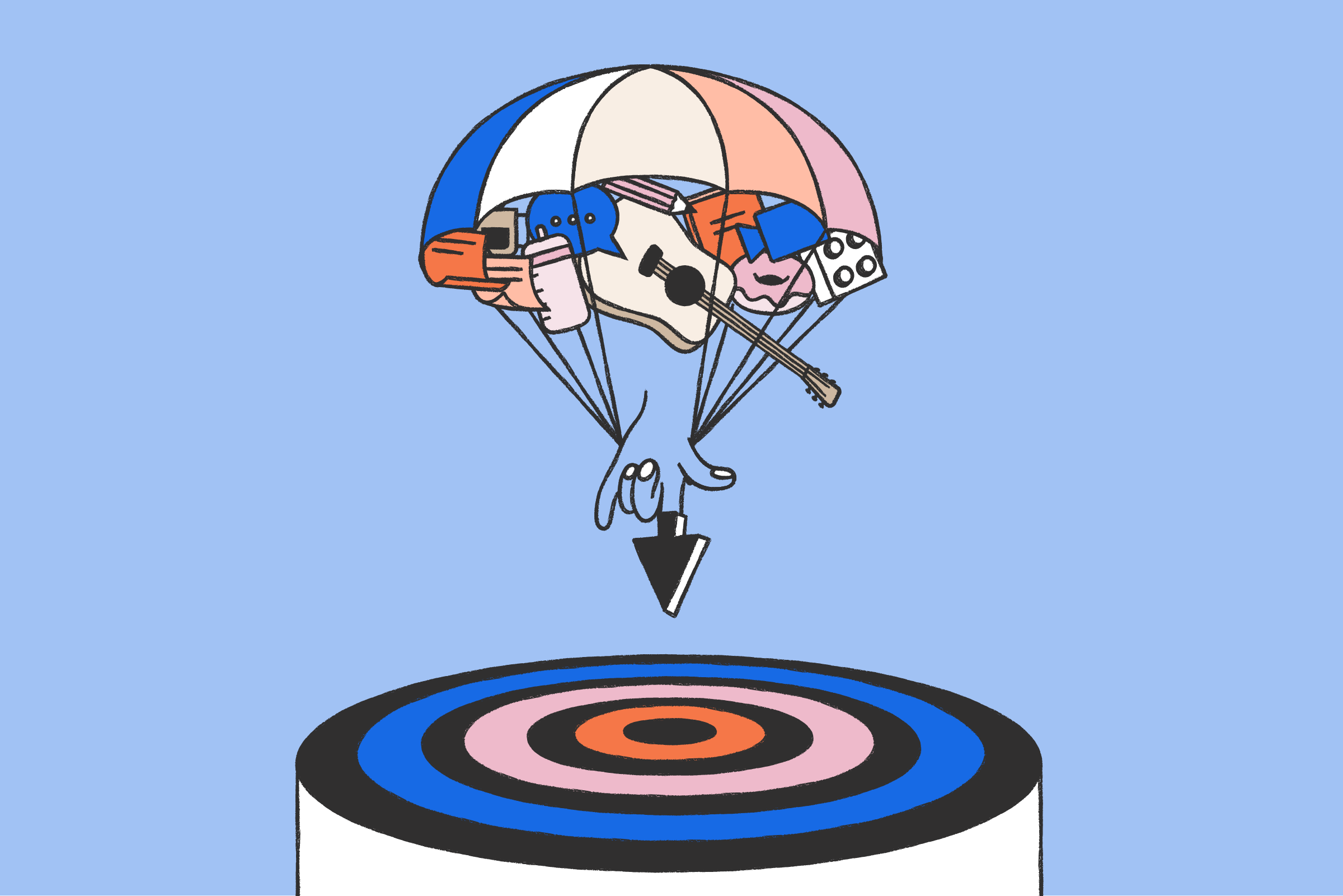 It's time we all come out of the procrastination closet.

It can feel like everyone is achieving more than you.

Sometimes it can feel like everyone is achieving more than you. Much like the smoke and mirrors we see on social media. Especially for people like me, writers.

We are the great window-gazers dipping in and out of articles. Sometimes we feel nothing like our uber-productive colleagues. And often, we feel bad about it.

But should we really feel bad about it? 🤔

Living in a candy land

We've been given the greatest productivity tools in history, yet we've also been given the most tempting opportunities to deviate from our work. Because the internet, with all its built-in wizardry, has one major flaw: it provides the most abundant supply of diversion ever created.

And man, do we love diversion.
On average, we procrastinate over 2.5 hours a day. Yet we have an unspoken rule that we shall never speak of it. We treat procrastination like a defect in our personality, a dirty pair of underwear, something that everyone else has sorted out but us. So we never bring it up, we loathe ourselves for doing it, or we do it quietly and out of sight.
‍

This article isn't meant to tell you how to stop procrastinating—the internet is filled with Ted Talks and YouTube step-by-steps that—ironically—will prolong your procrastination even more.

Instead, we'll be looking at how to work with our procrastinature rather than trying to solve it. After all, it's part of who we are.

Read more about remote things we wonder about,
but don't always speak about →

But this is a nightmare

“Writing isn’t hard work, it’s a nightmare. Coal mining is hard work. This is a nightmare. In most professions there’s a beginning, a middle, and an end. With writing, it’s always beginning again.” —Philip Roth

We procrastinate because we're scared.

Some of us are scared of success, scared of being seen, scared of failing, even scared of outperforming the people that surround us. Boiled down, we're scared because we care. Which is why we have no problem watching Colbert videos but need Herculean courage to start a task that really needs our attention. The stakes are higher, the risk of failure is greater, the passion that'll be required leaves us feeling vulnerable. All scary things for a human. And so we delay starting things—choosing to stay dormant instead. It's safer.

So in my case, what's the easier road? Starting the writing process all over again, time after time? Or delaying things to stay in my safety zone?

Bake procrastination into your process

I usually work on two writing projects at once, fooling myself into procrastinating between both articles. One article will always be at a more difficult stage than the other. So I'll switch to the "easier one," develop it a bit, and when I feel blocked, I'll switch back to the original piece. Working this way keeps things moving.

When a fridge falls on you

I think it was Peter Levine who first talked about the "two arrows" concept in relation to trauma. Anytime you get hurt, you're basically struck by two arrows.

Let's say you're walking down the sidewalk and a fridge falls on your head. The physical pain that this household appliance would cause to your head, neck, and torso would be the first arrow—the actual pain. Ouch. Then, once you've been properly flattened on the sidewalk, the second arrow appears. The "Holy sh*t a fridge just fell on me, I always thought I'd die a much more valiant death." Ouch again. This time it's the contextual pain of an oddly-timed injury. The ego pain.

Much like the agony of a free-falling fridge, procrastination also causes double-arrowed pain. We have the first arrow, which is the guilt we feel while undertaking our deviating activity—YouTube video, Amazon spree, making a fresh batch of cannoli. Then the second arrow is the doom we feel from watching our time evaporate as our deadline floats farther and farther away from us.

I'm lucky, I live in the forest. There's only many times I can stare at the same fern before boring myself back to work.

But my laptop screen is another story. I learned to avoid any bells and whistles that can take me away from my rhythm. Even something as simple as a spellcheck (sorry Grammarly) can mess with my flow. Minimalist apps like Slite are emeralds. Because when it comes to focus, white space is the best work space.

The buffalo in the room

Look at where we've been relegated in covidian 2021: our homes. Our places of rest, play, and self-nurturing have now been plowed by a half-ton buffalo called career. A career holds significant psychological bandwidth, and we've now brought that all home with us. Like a big buffalo sitting next to us on the sofa.

One could argue that when we're in a flow with our job—doing something with passion—there's less dissonance between the person that we are at home, and who we are (and what we do) at work.

The general idea?
‍Stop hanging your personality at the door →

Breakthroughs often come when I'm doing something totally unrelated to writing. I'll have a breakthrough while walking to the mailbox, I'll nail a concept while I jog, or I'll come back to a draft with fresh eyes after tending to the wood stove for way too long.

—Do I plan these activities in advance? No.
—Am I procrastinating? Maybe. But it helps.

We think nobody else is doing it (but they are)

I'm not gonna go all Pommodoro timer on you but the human brain can only take up to 90 minutes of continuous focus.

That's not only true to you, it's true for everyone else. So why do we assume that we're the only ones who are unable to focus?

We live in an age of digital fabrication where we scrub off our unpolished parts to give a chrome-colored tint to our digital selves. We share unbalanced information about who we really are. It's harming our self-esteem, our relationship with reality, and our ability to connect more authentically with the people that we work with.

All this because we think that we're procrastinating on our own. Why?

Projects rarely go smoothly, they're often stop-and-go endeavours. A good way to keep rolling day-after-day is to stop at a spot where you'd like to start again.

In other words, never leave a project somewhere where you're stuck. Instead, stop while you still have something to say. That way, when you pick it up again next time, you'll get rolling right away without hitching on the procrastination train.

If anything, then this

We're the first generation thrown into this grand experiment—the remote lifestyle hadn't fully hit us until a year ago. And as a highly social species, we don't deal well with isolation. One could say that on the human level, we're not equipped for any of this. But we can be compassionate with ourselves and with our colleagues. We can recognize that these are not normal times, that this is not what we're used to. Nobody wants to homeschool their kids on a laptop, have virtual beers (whatever those are), or build rapport with people only through an on-screen rectangle. We need to see see the full picture, the full cycle of things. And it starts with accepting things, which isn't always easy. No wonder we procrastinate. ✨ 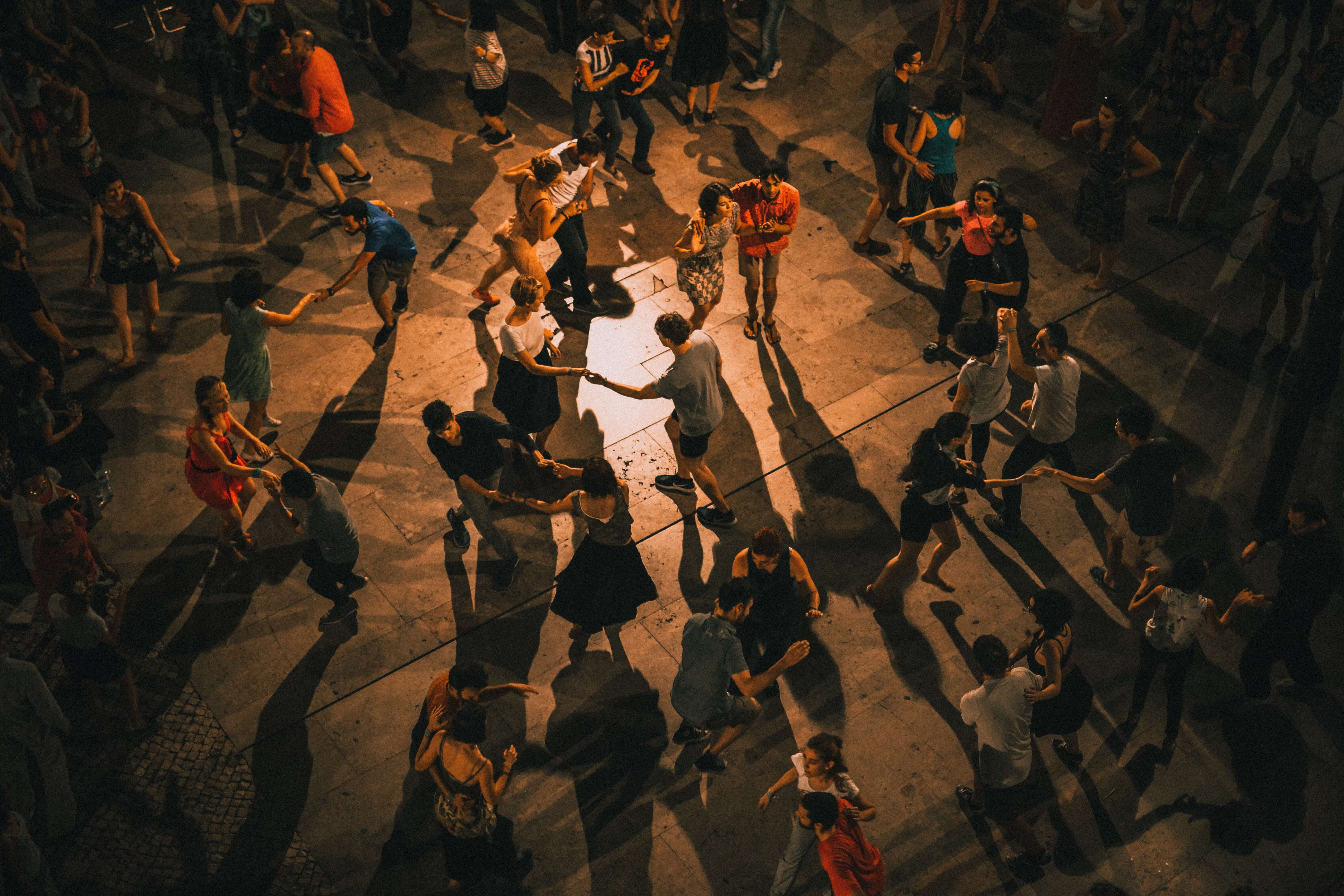 The Tango of Async Trust

On building confidence with a remote team, one step at a time. 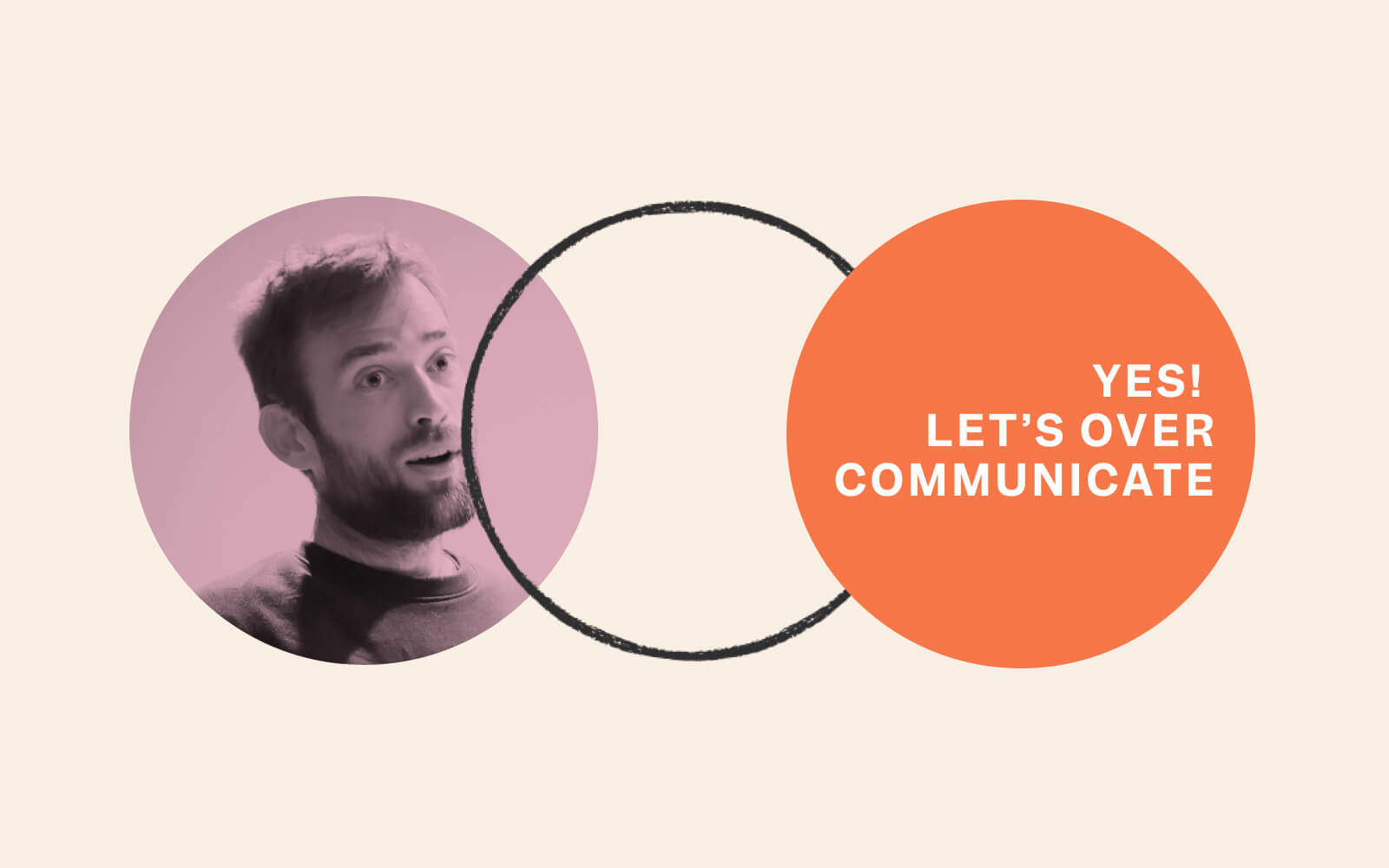 The case for proactive, frequent, and short communication in remote teams.